HOW DID THE WISEMEN 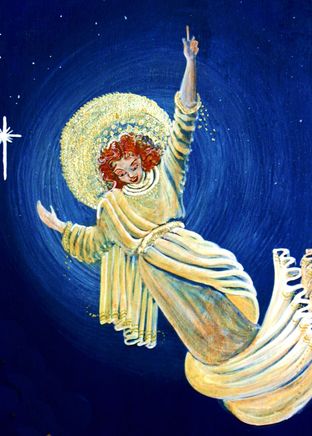 KNOW THE MEANING OF THE CHRISTMAS STAR?

LET ME TELL YOU WHAT THEY SAW!

(You can read the actual dates, details, and references in my book, Unraveling the Christmas Star Mystery, available from Amazon.com.

I used 68-NASA astronomy computer programs to survey over 15-years of skies at years most persons thought Jesus Christ was born and according to when we began the calendar. The time of day on the computer searches was set for dawn, the time of day when the ancient priests/wisemen/astronomers studied the skies. The time zone for each computer search was set for Bethlehem of Judea. The position of any significant sky objects had to be at the exact coordinates above Bethlehem at dawn (Right Ascension and Declination in the telescope).  Readers are invited to complete their own searches for continued validation is appreciated. Thanks to all who have sent confirmations to date.

The ancient symbolism and symbols relating to the positions and movements of the heavenly gods were discovered through research in Biblical passages, historical books, historical records, carvings and illustrations on ancient monuments and buildings, coins, clay tablets, legal seals, and other materials dating back over 3,000-years. These are documented in the book with almost 100-references.

2.     How did the wisemen know how to interpret the movements of the stars?

The Babylonians were one of the first civilization to create the symbols and symbolism for the positions and movements of stars in the sky. Their beliefs were handed down and used by other civilizations for over 2,000-years. Many of their ancient beliefs are used by modern man in horoscopes that you can read in the newspaper, magazines and other media. Horoscopes are NOT determined by astronomy, a true science, but are determined by astrology which has been proven to be a false science.

3.     How many celestial birth announcements were there?

Believe it or not, there were TEN. The last one was just the position marker, like a GPS in the sky marking the spot over Christ’s birth in Bethlehem of Judea. The astronomers of that time knew before the Christmas star appeared what was going to happen, when, and where. Astronomers at that time could accurately predict sky events several years in advance. With computers we can go thousands of years before and back in time in astronomy data.

4.     What was the first celestial birth announcement for Jesus Christ?

In the first event, several months prior to the presence of the actual Christmas star, the wisemen saw a group of brilliant stars in the sky proclaim something special was coming soon. According to the ancients, they were lined up to garner attention, like neon lights in the sky saying “Attention! Attention! Look up here! Big announcement coming soon!”

This took place on the first morning of July in the year 4 A.D.

The Moon and Jupiter made their appearance in the sky together as the Sun rose.  If the astronomers would have had telescopes, they would have also seen the dwarf planet Pluto and the planet Neptune just north of the Moon while the planet Uranus was to the southeast.  The rising Sun was in the sky by Venus, Mars and the Moon.

It is common to see either Mercury or Venus by the Sun, but not Mars and Venus and the Moon so close together. Venus, Mars, and Jupiter were at opposition, meaning they were positioned in their orbital path beyond the Sun. Their full faces were illuminated and extremely brilliant in the morning sky. 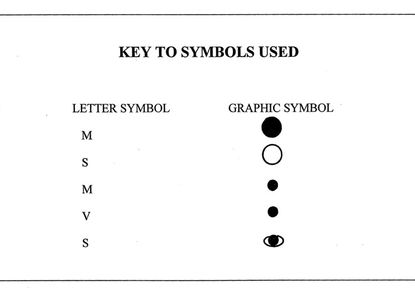 The illustration at the left shows what and where the important ancient sky gods were for this first holy birth announcement. The view is from Bethlehem of Judea several months before the birth of Christ. Facing east, the bottom horizontal line of the illustration represents the horizon. The ninety-degree position is overhead at your zenith. The degrees are listed to the right. The illustration shows the positions of the Sun, Venus, Mars and the Moon one hour after dawn.

The ancient symbolism of the occurrence of the Sun and Moon gods being together forecast greetings, happiness, good health, and established a foundation for the throne of the ruler in power. The symbolism of the unusual brilliance of all the planets in opposition at the same time illustrated how the gods were asking astronomers to pay attention for what was to come, like numerous neon signs in the sky.

When the Sun rose for an hour over Bethlehem to an altitude position of 15-degrees above the horizon, it was within a few degrees of Venus. Because of its dense cloud cover, Venus reflects over 65- percent of the sunlight that hits it. Being at opposition and in full phase it was exceptionally bright. Mars and the Moon were about 1- degree apart and about 10-degrees east of the Sun. In elevation, they were halfway between the horizon and zenith. Although in the New Moon phase and not visible, the ancient astronomers were aware of its presence and knew exactly where it was. The Moon and Mars were within 15-degrees of the constellation of Kings, Leo the Lion.

This event is equated with Venus, the goddess of fertility, foretelling a birth. At any birth, the ancient astronomers believed that whatever the god stars in the sky represented would be true for any child being born at that time. Since Venus was also the god of love, modern Christians might assume Venus was chosen to become part of the birth announcement of the God who requested everyone love one another.

Associated with the Phoenix bird that dies and comes back to life, Venus represented a rebirth. That the new God would rise from the state of death would also have been expected.  An additional interpretation of ancient symbolism is that the god star Venus would affect royalty, nations and the outcome of wars.  The child being born would therefore become royal, cause changes in nations and the outcome of wars. 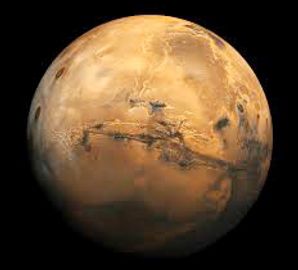 The Mars image to the left is courtesy of NASA. To the ancients, this object was Mars, the war god, so called as it appeared red in color. That war god was thought to be covered in blood. He was also the protector of the country, the god of the growing harvest who fought against plant disease, the guardian of good weather and protector of all Judea.  When in the sky, Mars magnified for Judea all that transpired, including the importance of any God being born.

When the Mars and Venus gods were near one another, the ancient symbolism meant victory would prevail. This was interpreted to mean that nothing could stop the coming birth of the new God. The presence of Mars, with reference to a birth, was supposed to produce a leader who would have sharp perceptions. The new God would understand what he saw and make incisive decisions by going straight to the heart of a matter to penetrate through layers of deception before making conclusions or judgments.  In other words, He would know all. The presence of Mars forecast a God with will power who would assert Himself when needed.