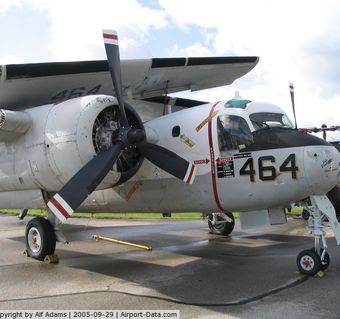 Many adventures in my life have been learning experiences.  One was becoming a crew member with the US Navy historical airplane, the Grumman S-2 Tracker.

The S-2 Trackers were transported on aircraft carriers and used as an antisubmarine search and attack aircraft.  First flown in 1952, the total built was 1,342. They were disestablished in 1976. Most people would remember the Tracker as an aircraft with wings that folded upward in order to take less space on the aircraft carriers. The image to the left, courtesy of Alfred Adams , shows the folded wings.

I became acquainted with the Tracker through a dear friend, Vicki Whitacre Moose, M.D.  Her husband, Art, participated in the restoration of an S-2 Tracker in a hangar at the Historical Aircraft Squadron based at the Lancaster, Ohio airport.  Art had totally restored many airplanes during his lifetime. He volunteered to help restore airplanes whether they were for an individual or an organization.  Although I am a pilot and know an airplane is well balanced, I never knew how well they were balanced until I saw one wingless and suspended by cables anchored to the ceiling of Art's work/restoration hangar. The airplane was suspended at the front and back with small hooks. It was so perfectly balanced, it would rotate freely by moving it with your little finger. I was impressed as was my cousin, Jack Moore, who was visiting from California. It was his father, my Uncle Jack Moore, who inspired me to become a pilot. I enjoyed driving flying to Lancaster out of Riverside Airport in my home town or driving to see the work being accomplished on the Tracker by numerous volunteers. The airplane was purchased by Dave Alton who was taking flying lessons and anxious to fly it. 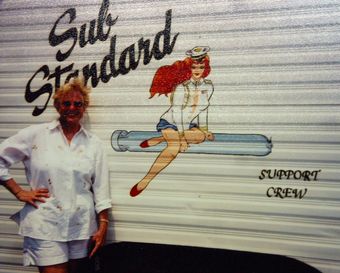 Art stated he needed some art work accomplished  such as you would find on the nose of military airplanes.  Since I was recognized as an accomplished artist, I was asked to create the nose art on the Tracker’s accompanying trailer. It was used to carry equipment and parts for the aircraft. I agreed, thinking the white trailer walls were flat and be easy to paint on. When I saw the trailer, I saw the walls were grooved. That would make the painting of the walls take twice as long and tedious. However, painted identically on both sides of the trailer, the design turned out well. It took about a week working with acrylic paint. I had the art work coated with a sealer in order to keep weather from destroying it.  As pictured to the left, the design was of a red-headed young woman sitting on a torpedo.  You can see the tight grooves. Painting around those curves and bumps was no easy task. A very similar image is on the nose cone of the 464 Tracker in the museum.

When crew member names were ready to be placed on the outside of the Tracker, I was surprised my name was prominent, as seen in the photograph below. I had no idea I was going to be honored with my name as part of the crew.  I enjoyed having my picture taken sitting right seat with my name below me as crew member. GREAT FEELING!

As a professional aerial photographer, I was asked to take aerial photos of the Tracker once it was moved to Akron Fulton International Airport and hangared at the MAPS Air Museum. (http://mapsairmuseum.org/ ) Since the Tracker was in good condition and based in Akron we flew there from Zanesville in Art’s silver, split tail Bonanza.  To accomplish the task some logistics were in order. With me and my camera in a slower moving aircraft and the Tracker being so fast, some changes in normal flying speed were necessary.

Art and I left the airport heading south. Once we were moving the Tracker lifted off from the airport with a cruise speed of 150-miles per hour.  It took about 5-minutes for the Tracker pilot to locate our aircraft. When he flew next to us at what was almost a stall speed for them , I snapped as many pictures as I could.  It was good to see former owner Dave Alton flying right seat and visible in the window of the aircraft. 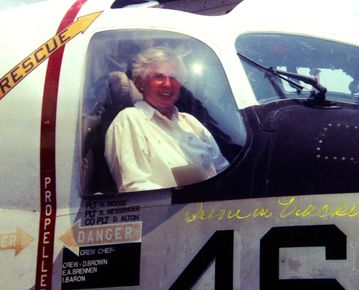 The aircraft was purchased later by someone who sincerely appreciated the airplane. He keeps it in MAPS  hanger in Akron. I drove there a few times to see the aircraft. I guess I missed being around the workers who restored it. There is such excitement in the air when people are actively working at restoring an airplane. Plus, pilots are a special breed. They are intelligent, alert, have quick reflexes, and are some of the most kind and wonderful persons you would ever meet.

If you want to see a well restored and flyable Grumman S 2 Tracker, it is on view at the MAPS Air Museum. It is a well run museum with clean aircraft. For me, to see that one is a memorable experience.

The last image to the bottom is the Tracker I helped with flying over SE Ohio during a hazy summer day. I was in another aircraft. The mission was soley to take photographs of the Tracker in flight. 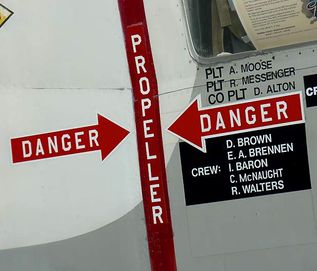 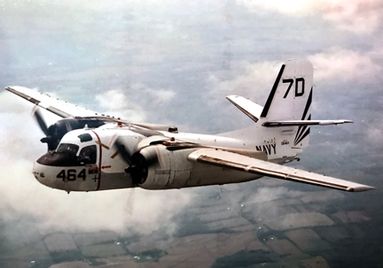