MILK FOR MEMORY
IMPORTANCE OF GLIA 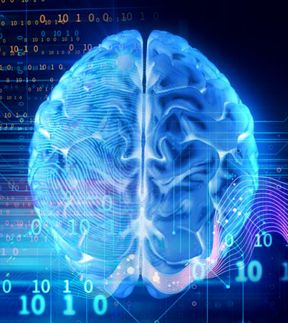 Guess what guys? Glia are more important than your brain neurons.

If you stopped drinking milk and consuming dairy products as a young adult, the VERY important glia in your brain most likely began to not function well and became worse over the years. When you begin to notice memory disfunction, it may already be too late to remedy the situation.

What are glia you ask? They were once thought to be simple support cells to neurons. Now, scientists find the glia in your brain are more important than the neurons. There are definitely more glia than neurons.

The glia are connective cells in your brain which rely on calcium to function correctly. So, why not grab a glass of milk to drink while you read the rest of this blog entry?

Without glial cells, the neurons in the brain have poor connections and nutrition. The glia cells allow for more complete connections between neurons to allow for the passage of nutrients and energy. What you are or all that you have become originated in your brain which controls memory, thoughts, senses, voluntary and involuntary functions, motion, etc. If those brain connections decrease because of weakening glia due to lack of calcium, you may have memory loss and the onset of Alzheimers disease,, depression, sleeplessness, etc. You will no longer be "you."

So how do you keep glia healthy? CALCIUM! 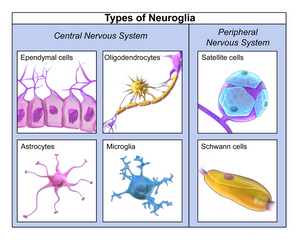 I have had persons ask me why my memory is so phenomenal. Until I found out the connection between the active glial cells, their relationship to the communications within the brain, and calcium being one of their main needs to function correctly, I didn't know. Now I do know. I normally drink about 2-gallons of milk a week. Love the stuff. I also consume lots of cheese. In the exciting adventure novel I wrote, MINDREACHER, I based the telepathy ability of my main character on an over abundance of her glial cells. Of course that character craves milk as part of her personality to support the glia. She doesn't know why, just that she feels the urge to drink a lot of milk. I guess in that way her character is based partly on my milk-drinking habits. I wonder if the calcium needing glia create an urge to consume milk?

I read a study several years ago concerning the diets of grade school students when they were given free choice in their lunch diet. Student diets were meticulously followed and recorded for one year. The study found that although the food consumed may not have been daily or weekly sound diets, over time, the students ate what was needed for correct nourishment of their body during the year. They evidently craved what they needed and their diets changed accordingly. So maybe this craving for milk is natural.

My hypothesis is, without the calcium to support the glial cells, the function of those cells will become impaired. Without correctly functioning glial cells, there will be a mental slow down and perhaps forgetfulness.

So, dear reader, when did you last drink a glass of milk? Eat cheese or yogurt? If you want your brain to function correctly, you have to feed it. In the past you may not have thought milk important or you may have had an intolerance to the substance. There are many substitutes available for you to consume when obtaining your calcium. Don't wait around and let your brain deteriorate. Glia are necessary to keep your brain functions healthy. Calcium is required to keep the glia healthy.

I encourage you to do your own research on the topic. Two journals to which I subscribe and recommend for gathering information are Scientific American MIND and the outstanding Science News. I've been reading Science News for over 30-years to keep up with what is going on in science around the world. That news journal gathers the best global science news and prints it for subscribers.

I've been checking out many studies concerning the different types of glial cells and their functions. In the past year much has been learned about them. If you were part of the milk industry, you would definitely want to check glia out. That industry needs to let the consuming public know about the importance of glial cells and the multitude of functions they perform for the body. Most important, in my opinion, is the glial reliance on calcium.  It may be due to the lack of calcium that so many persons are experiencing loss of memory.

Some references to check out include: