TOTAL SOLAR ECLIPSE VISIBLE FROM THE UNITED STATES IN 2017

You may want to be thinking about what you'll be doing on 21 August in the year 2017.  There will be a total solar eclipse visible east of the Mississippi River here in the United States.  The picture below, from the free astronomy program Celestia, shows where the Moon's shadow will be touching the Earth. Usually the umbra touching the earth has a diameter of about 250-miles or less.  This image shows it to be larger.  I don't know if that is an accurate projection of the future event. 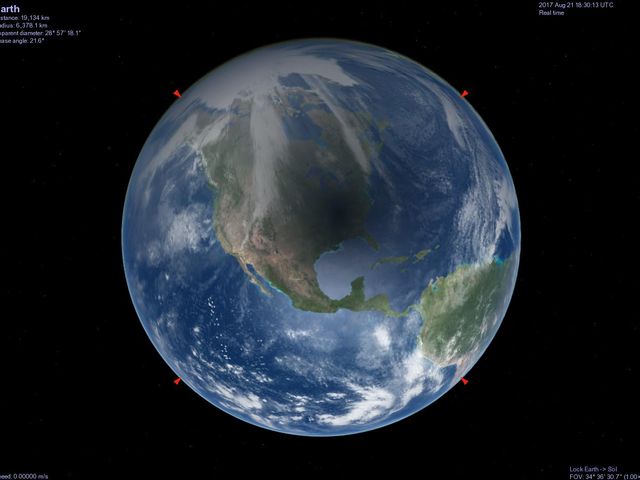 In the India ink illustration below, I drew how the Sun, Moon and Earth must line up for a solar eclipse to happen.  The 2017 eclipse is supposed to last five minutes and fifteen seconds.

People that have been in a total solar eclipse say it is unlike anything they had ever witnessed.  Some say they can see the large cone shaped shadow of the Moon moving toward them.  The last several hundred years the eclipses have been near noon.  When the shadow moves over everyone, the daylight is gone. The night sky appears with all the stars as the eclipse reaches totality, when the Sun is completely covered.

The normal sounds of the Earth appear to cease, according to some observers.  They say the animals are confused and many people are afraid.  The birds go to their nests while the night animals appear.

As the Moon is traveling quite fast and the Earth is rotating, observers move out of the Moon's shadow within a few minutes.  This particular eclipse is projected to last five-minutes and fifteen-seconds. Then the noon sun reappears.  Two thousand years ago, there were solar eclipses at dawn.  As the Earth, Moon and Sun have changed over the several thousand years, so have the times for celestial happenings.

To sum this up, let me mention again that you have five years to plan a wonderful vacation to some site in the United States to observe something spectacular.  Plan ahead, for campsites will be totally booked under the shadow for months in advance. There will be an influx of people from all over the world to watch this event.This is something for which you can  anticipate with pleasure.

It is not very often that a total solar eclipse happens within the United States.  I sure hope it happens near my home in Ohio.  I'll have a telescope aimed with a white photo source anchored in place beyond the eyepiece.  Instead of my eye looking at the Sun, the image will be projected through the eyepiece onto the white board.  My camera will be on a tripod ready to take pictures of the white board.  That way I won't have to look directly at the Sun.

If you look at the Sun anytime, the lens in your eye focuses the light rays to your retina.  This will most likely burn the retina and form scar tissue within the eye, creating a permanent blind spot.  To observe this eclipse, use protective eye coverings or look only at projections of the image.  I'm sure with this large of an event, there will be protective eye coverings being sold all over the United States.

This is as much fun as buying a lottery ticket.  What a visual reward we're in for! :-) 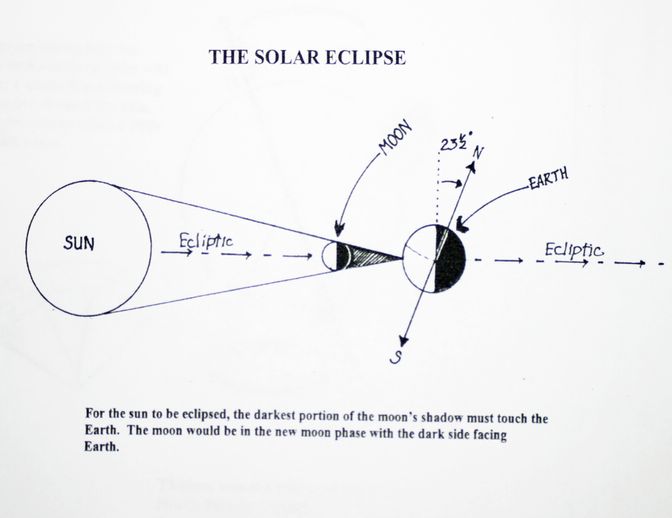