A Christmas mural being prepared on canvas by myself has been in the stage of designing and positioning the halo of the Christ Child during this past week. Determinations as to the design of the Child and His garments were made from Bible and gospel references. Information was gleaned primarily from the Holy Bible,  the Gospel of the Birth of Mary, the Gospel of James, also known as the Infancy Gospel of James or the Protoevangelium of James. His book was used in early Christian churches for hundreds of years.

The Apostle James Joseph's youngest son and accompanied the family to Bethlehem for the tax audit. His testimony tells of Mary’s background and contains details of the birth of Christ.

The pencil sketches shown below were made on yellow architect tracing paper. Different aspects and persons were drawn on individual sheets which were taped together with double edged tape to visualize the whole scene.

HOW DO YOU ILLUSTRATE HOLINESS?

The Apostle James wrote that the Christ Child born to Mary was first announced to mankind when an angelic messenger approached Mary's father, Joachim. The angel of the Lord stood by Joachim and told him to not be afraid or troubled because he was an angel of the Lord sent by the Lord. Amidst other information, the angel said Joachim’s wife, Anna, would have a daughter whose name was to be Mary, a name that would be significant and remembered by mankind.

The angel reminded Joachim of his vow that any child born to him and his wife would be dedicated to the service of the Lord. The angel also said Mary would be filled with the Holy Ghost from the time of her mother’s womb. I asked myself, how would her image on the mural’s linen canvas convey this holiness that began before her conception? Before her birth?

Instructions were given to her parents for the raising of Mary. From birth to the age of three she would be with her parents. Her room in the home was to be without open windows. She was not to see or hear people outside her home sanctuary. She was to be kept pure from any foul person, sound or event.

Prior to her dedication to the Jerusalem Temple at age three, Joachim and his wife, Anna, were told by angelic hosts that Mary’s child would be the Savior for all mankind. Beginning at age three until her teen years, she was to reside in the Jewish temple. There she conversed daily with angels in the Holy of Holies room and her apartment. She was fed daily from angel hands and listened to them sing. She grew up with daily angel interactions. Her face should reflect peace at being the mother of Jesus and knowing God would take care of her. 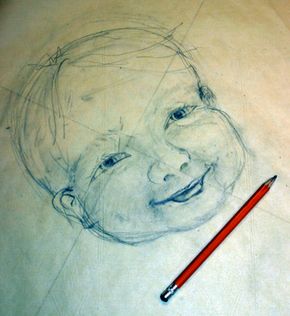 Mary was proven to be a virgin by the mid-wife and a friend of the mid-wife within a few moments of the miraculous birth. Since Christ may not have passed through the birth canal with his miraculous birth, I hypothesize His head would have had no deformation associated with normal human births. This will be evident in my mural. I would hope the mural face of the Christ child illustrates His love of mankind.

It is expected that holy persons in paintings have haloes. Heavenly hosts and angels are known to give off  light, some more brilliant than others. Whenever anyone has experienced an angelic vision or encounter, they usually tell of the bright light or aura accompanying the heavenly host. The Book of Enoch has a good description of that light.

According to James, when Christ was born, the cave in which Mary was staying was “overshadowed with a bright cloud. The cloud became a great light in the cave. The eyes of those watching could not bear it. The light gradually decreased until the Infant appeared and sucked the breast of His mother.

Painting Joseph and Mary will show translucent haloes painted around their heads. The Christ Child, however, will have a halo containing a cross within it to remind viewers of his crucifixion. His halo with be primarily opaque with a solid band around the outside. The inner cross will be an extension of that band. A small triangular area of the inscribed cross within the halo and next to the outer band will have minute dots of gold. They will be three-dimensional and stand out due to reflection as the viewer moves.

Not only will his face be as perfect as I can draw/paint it, his body will give off light. You won’t see this light aura in in the painted color of his skin or clothing, but through soft projected light on to His parents, surroundings and angels across the top of the mural. 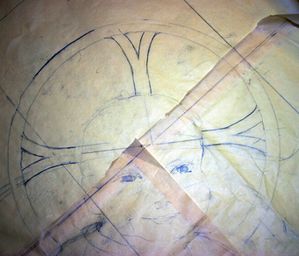 When Mary was informed of her pregnancy, she was told to “Fear not, Mary … for you have found favor with the Lord, because you made virginity your choice. Therefore while you are a Virgin, you shall conceive without sin and bring forth a son. He shall be great because He shall reign from sea to sea and from the rivers to the ends of the Earth.”

Then angel went on to say, “He shall be the Son of the Highest, for He who is born in a mean state on earth reigns in an exalted one in heaven. And the Lord shall give Him the throne of His father David, and He shall reign over the house of Jacob forever, and of His kingdom there shall be no end. For He is the King of Kings, and the Lord of Lords, and His throne is forever and ever.” 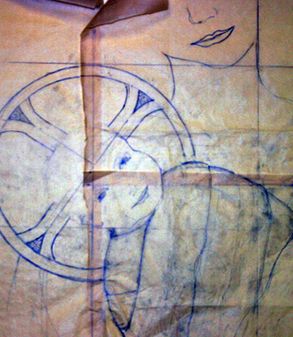 So that which shall be born of you, shall be only holy, and shall be called the Son of the Living God and thou shalt call His name Jesus for He shall save His people from their sins…”

Mary had 9-months to prepare the layette. Since she had earlier spun purple threads for the temple’s new draperies, she may have been able to also weave or have household servants weave the Child’s swaddling cloths and blankets. I intend to use royal purple threads in his outer blanket of blue to make that association of temple colors. Why a blanket of blue? The most dominant color on this planet Earth as seen from space is blue. God could create His natural laws to make atoms and elements whatever colors He desired. I thought perhaps since blue is so abundant, blue might be one of His favorite colors.  :-)

Jesus was to be the Savior of the world. His dress should be appropriate to that stature. Other artists have painted Him in simple, plain clothing. I think that Joseph and Mary, who knew who He was, would have arranged for something befitting the Lord of the Universe. We can only guess what his clothing was like.

I chose woven designs as in brocade with some hand stitching to make it more beautiful. His body will be painted in white swaddling cloth to show his purity. I am designing His clothing to reflect the humbleness of Christ Jesus and at the same time His magnificence.

Jesus would not have wanted any trappings of royalty or His Godliness. As the Wisemen learned, His existence was all that was needed to prove him a God. He needed no edifice in which to reside or rule. He had the universe. 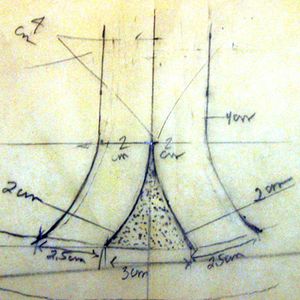