GRAPHENE IN THE MINDREACHER NOVEL

Graphene is a product made of one carbon layer of molecules in a sheet. It is made by taking a piece of graphite and dissecting it by layers until one single layer is created. Graphite is a mineral of pure carbon. In your everyday pencil, it is erroneously called "lead." 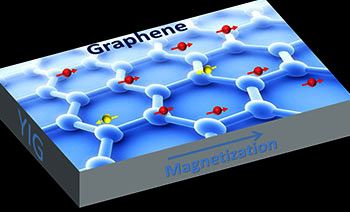 When the graphite is dissected, the resulting layer is one atom thick and can be combined with other compounds. Layers of other materials may be inserted between layers of Graphene to create products that have many applications.

Graphene is used in my sci-fi thriller novel, MINDREACHER. The hero and heroine wear bulletproof clothing partially constructed with Graphene. They learn about their bulletproof clothing from an employee at the Defense Advanced Research Projects Agency (DARPA) in the District of Columbia.

Contracted by Battelle Memorial Institute, I used to work for ARPA in Bangkok, Thailand as Director of Aerial Photography and author of the geology and hydrology section of the classified Mekong River Project.

I thought it would be fun to include that government agency in my book. Although sold as a fiction novel with a paranormal twist, most everything written in the book is based on fact. It will be difficult for readers to determine the difference between fact and fiction. Explanations of unique story points are at the end of the novel within a glossary of terms.

A female government employee in the novel tells my elite Marine hero, Major Jon Coulter, “We’re having our tailor prepare two pairs of multi-pocketed, long-sleeved shirts and cargo pants for you and Ms. Masterson. They’re made of a new material combined with spidersilk. Fibers have toughness of steel. Spider DNA was transferred into female goats. During lactation, their milk produces spidersilk. When woven, the silk reacts like micro-thin body armor. It’s so strong, a strand as thin as a pencil could stop a 747 in flight.”  The DARPA employee goes on to say, “Clothing designers for the rich and famous are beginning to use carbon nanotube fibers as bulletproof material. They’re stronger and harden on impact. It costs about $15,000 per ounce. Our LPS contractor inserted liquid-acting, magnetic nanofibers that react to impact by solidifying even tighter. They’ll stop a bullet. Impact force, however, may still cause damage.”

Further information readers learn is, between layers of spider silk are insertions of a flexible, thin, transparent material resembling kitchen plastic wrap. It’s a super conductor. A product called Graphene, it’s considered one of the thinnest materials on the planet. What’s remarkable is the claim it’d take an elephant balanced on a pencil to break through it.  A graphic image of a carbon nanotube on the left is courtesy of the AMES Research Center. It is created by rolling the Graphene into a tube. It resembles chicken-wire rolled into a tube. 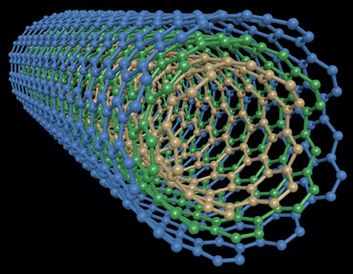 What I appreciated were images of the company’s products. Even though I taught science over 40-years, it is hard to imagine what Graphene looks like.

The image at the lower left is of a Graphenea picture of one of their many products, a 10mm X 10mm piece of Graphene on Si 3 N 4  which in 2018 cost $47.00. It is with products like these that others are researching applications of Graphene. When you read about some of these applications, in my next blog, especially research from Australia, you will be shaking your head in wonder, glad you live in an age of spectacular achievements for mankind.

"Another of graphene’s stand-out properties is its inherent strength. Due to the strength of its 0.142 Nm-long carbon bonds, graphene is the strongest material ever discovered, with an ultimate tensile strength of 130,000,000,000 Pascals (or 130 gigapascals), compared to 400,000,000 for A36 structural steel, or 375,700,000 for Aramid (Kevlar). Not only is graphene extraordinarily strong, it is also very light at 0.77milligrams per square metre (for comparison purposes, 1 square metre of paper is roughly 1000 times heavier). It is often said that a single sheet of graphene (being only 1 atom thick), sufficient in size enough to cover a whole football field, would weigh under 1 single gram." 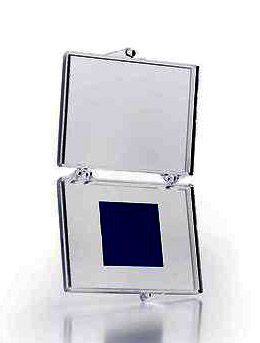 You can find YouTube videos about the product at: