In the fiction novel, Mindreacher–Book 1-The Jo’Burg Project, while in Laos my heroine Ana Masterson experiences infrasound projected by a nearby tiger. Her lungs have just the right capacity to create a horrible reaction. She becomes paralyzed by the resonance set up by a tiger’s vibrating and inaudible roar. This incident creates a short escapade creating havoc as she and her USN SEAL bodyguard recover from an attack by martial artists. In the second novel, Mindreacher-Book 2-The Galapagos Incident, while snorkeling near the Galapagos Islands she has a delightful experience with  dolphins that use infrasound to tickle her. (Note: the two novels have yet to be published. I am currently looking for an agent.) 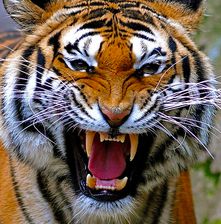 Ana states in the first novel that although she can’t hear infrasound, her mind can conceive it when she picks it up in the minds of birds or animals. Being a telepath, she can transfer that audio experience to others wishing the experience. She said, “It’s as if an alien race is sending out signals we can’t hear, yet our instruments can pick them up.” When you get to read the books, your world will be opened up to numerous experiences which are possible, but about which you have previously not thought.

Caitlin E. O’Connell-Rodwell of Stanford University tells about elephants leaning forward as if they were paying attention to the ground with their feet. She and her colleagues found the elephant rumblings caused ground and atmospheric infrasound transmission. She said that when elephants rumble, “It’s such a powerful, low-frequency sound, you really feel it resonating in your chest.”  https://alumni.stanford.edu/get/page/magazine/article/?article_id=29502

Have you ever experienced a silent impact on your auditory senses? It is like a light touch of something described as a popping against your eardrum which is accompanied by no sound. Dr. Michael Bryan and Dr. William Tempest, readers in the Audiology Group, Department of Electrical Engineering, University of Salford of Manchester, UK in 1967 described the experience as a “chugging or whooshing, a sensation they could feel.” People who experience the physical sensation chalk them up as accompanying or as precursors to earthquakes as they may occur right before tremors are felt. The closer the earthquake epicenter, the stronger the sensation to their eardrum. Since infrasound carries over a thousand miles, the origin of the touch may be from a far away explosion from surface mining or some manmade “boom.”  Evidently few persons have the sensitivity to feel the infrasound impact, even although they can’t hear it. Those sensitive persons might appreciate having an infrasound sensor to let them know what they are feeling is not imagined.

Tigers use infrasound to paralyze prey which is then killed or eaten alive. In the story, the prey is a warthog, not Ana. She just happens to be close enough with the right size lungs to be incapacitated by the tiger’s roar. Humans cannot hear infrasounds. Human bodies, however, do react to infrasounds. Animals that hear infrasounds include the tigers, domestic cats, hippo, rhino, giraffe, alligator, elephants and some birds. Golden-winged warblers, having just been banded for tracking purposes after arriving in Tennessee, although exhausted took off for the south again when a large storm was present in the west. One flew as far as Cuba before returning after t 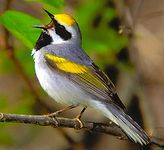 he storm had passed. They heard the infrasounds of that storm over a thousand miles.

Humans are capable of hearing sound frequencies 20-Hertz to 20,000-Hertz. Sound frequencies which are below our range of hearing, below 20-Hertz, are called infrasound. Infrasounds can carry over a thousand miles. It has been discovered that birds, hearing infrasounds emitted from storms, can fly out of the path of the weather disturbance. (http://www.theguardian.com/science/2014/dec/18/birds-storm-infrasound-warblers )

In her article, “The Secret Of A Tiger’s Roar,” Elizabeth von Muggenthaler, a serious bioacoustician from the Fauna Communications Research Institute in North Carolina, discusses the pitch, loudness and duration of animal sounds. At the Acoustical Society of America meeting in Newport Beach, CA on 7 December 2000, she discussed the paralyzing affect that a tiger’s roar has on animals, including humans. She reports that most tiger communication/noise is in the 18-Hertz range. When they roar, it is significantly lower in range.
(American Institute of Physics -- Inside Science News Service. (2000, December 29). The Secret Of A Tiger's Roar. ScienceDaily. Retrieved October 26, 2015 from www.sciencedaily.com/releases/2000/12/001201152406.htm )

What is interesting in von Muggenthaler’s research is the attempt to locate an animal that was recorded using echolocation six years ago in Lake Champlain, Vermont. Knowing it was not a beaver, otter, deer or moose, sturgeon, turtle, zebra mussel, or a manmade signal, she is using bioacoustic equipment to find the source of the sound. Her stated and admirable goal is: “…to detect this animal in a fashion that’s completely noninvasive in an effort to conserve and protect this creature and its beautiful habitat.” She has the same belief as myself that humans know more about space, thanks to NASA, than we do about our own planet. 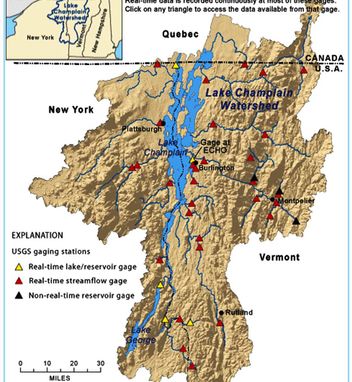 Her colleagues in the Lake Champlain search are Bill Dranginis, a senior science technologist with Northrup Grumman, and Mike Frizzel, a lab coordinator and engineering technician with the University of Maryland department of chemical engineering and biotechnology.  Not only will the results prove interesting, but the techniques they may discover in the process will be unique, I’m sure.

Samuel Clemens refused to descend from an infrasound vibrating platform. “Tesla was sorry he had allowed him to mount it. After repeated warnings, Tesla’s concern was drowned out by both the vibrating machine and Clemens’ jubilant exaltations and praises. Several more seconds and Clemens nearly soiled his white suit, the effects of infrasound being "duly recorded".

Tesla often went to great lengths in describing the effects of infrasounds to newspaper reporters who, behind his back, scoffed at the notion that a "little sound" could effect such devastations. Yet, it was precisely with such a "little sound" that Tesla nearly brought down his laboratory on Houston Street with his compact infrasonic impulsers. Tesla later designed and tested infrasonic impulse weapons capable of wrecking buildings and whole cities on command.

By doing some quick searches on the Internet I found many reports about nations investigating infrasound for use in weapons and historical documents showing their use in the past, especially by Hitler to incite crowds.

John D. Cody in the paper Infrasound reports natural sources of infrasound include earthquakes, floods, waterfalls, auroras, solar flares and solar wind, perhaps wind shear. He reports infrasound travel exceeds 1,000-miles. It arrives at great distances with the same force and intensity as when generated.  In his report he discusses the vibration of manmade structures and transportation vehicles. He too warns of the human tolerances to infrasound. It is believed critical errors in judgment and accuracy have been noted during short flight times by pilots due to infrasound.
http://www.borderlands.com/newstuff/research/infra.htm

Kate Ramsayer in Science News Online reports that Allen J. Zuckerwar, a NASA scientist in Hampton VA includes supersonic aircraft and hurricanes with the phenomena giving off silent infrasounds. Persons who could hear infrasound would be bombarded with telltale sounds of the “constant din of wind, the intermittent groaning of Earth, and the occasional distant explosion.” Zuckerwar reports there are 24-monitoring stations with specialized infrasonic microphones that can detect the strength of a sound, its frequency, and the direction from which its coming. They are used in monitoring stations to monitor nuclear testing in the atmosphere.

In that same article, Milton A. Garces of the University of Hawaii, Manoa, suggested that since the routine up-and-down movements of waves act as a giant loudspeaker, pushing air at infrasonic frequencies, he thought researchers should use monitoring stations to study infrasound generated off the coast of western Africa to make better predictions of future hurricanes. He also suggested predictive values of infrasounds for volcanoes and avalanches.
http://onlinelibrary.wiley.com/doi/10.2307/4014951/abstract

There has been a renewal of interest in infrasound. If you come across any interesting articles, please pass them my way