Please be aware that a military purge has been taking place under the current Democratic administration. The Washington Times confirmed that over 200 military officers were removed from the military by President Obama.  According to the Pentagon, reasons for the removal of officers varied from “loss of confidence,” “insensitive remarks,”, and in one incident (no joke) for “counterfeiting poker chips.” http://www.washingtontimes.com/news/2013/nov/12/gordon-transforming-the-us-military/

Writer F. Michael Maloof quoted retired Army Maj. General Patrick Brady, recipient of the U.S. military’s highest decoration, as stating:  “We need to realize that this recent assault on the military and veterans is no accident.” Brady added, “It is purposeful. The elite loathe our military, the one sure guarantor of our freedom. These elite – not a shutdown or default – and their assault on the Constitution and our military are the real threat to our future. http://www.wnd.com/2013/10/top-generals-obama-is-purging-the-military/

Before you contemplate political appointees in the next few months, examine the list of purged military officers below.  Check out the military history of each using Internet search engines. You will be impressed at how honorable these military officers are. You will quickly learn that military appointees will do their best to keep the U.S. out of wars. If you study history, you are aware civilians started wars primarily to make money in materials and manufacturing of weapons and related supplies. Be thankful we will soon have a President who honors our Constitution and desires peace. 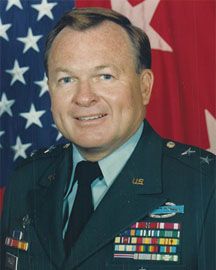 You are most likely aware this author has not included political opinions in past blogs. No matter what your agenda, you know political blogs may create controversy. Please know I support all branches of the United States military. I sincerely appreciate that fact that future President Donald Trump has been in the process of appointing retired military commanding officers to national security and defense positions. During his campaign Trump let the nation know he honors the Constitution of the United States.

In the past eight years, military personnel have experienced reprisals for wanting to uphold the Constitution.  That era is over.