A writer writes what they know. Therefore I had to know more about the Robar RC50 .50 BMG Precision Rifle. I was able to find a local person that had one and who graciously allowed me to try it out on their rifle range. In the photo below, you are looking from the target to the location of the rifle stand 500-yards distant.  The rifle stand is beyond the yellow sunflowers which are above right center. 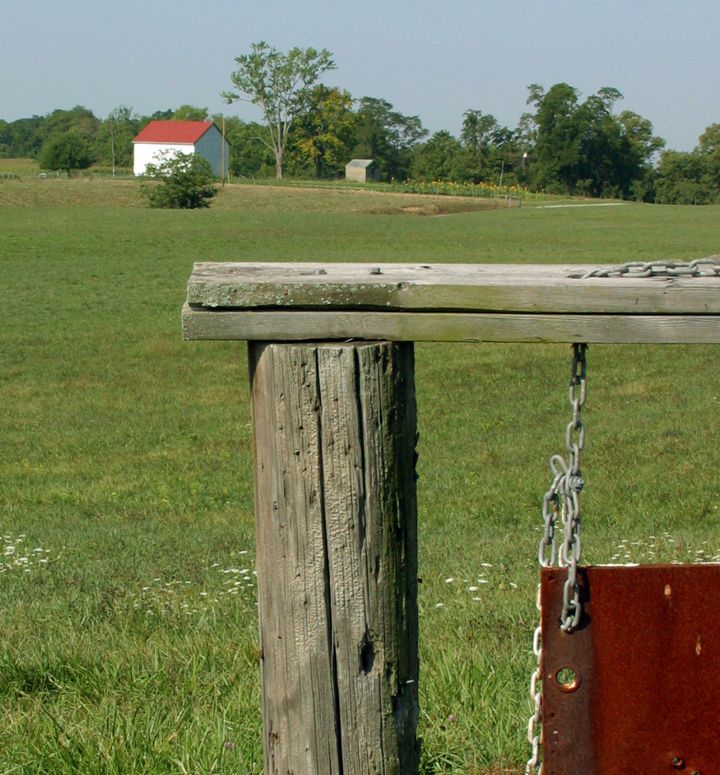 I used the Robar RC50 on a steel target 500 yards from where I pulled the trigger. The distance was so great, you couldn't visually tell if you hit the target.  Instead, you had to listen for the metallic sound made at impact. Sound moves at about 740-feet per second. By the time I looked up to see the target after shooting, the sound was arriving. I hit in the bulls eye section of the target four out of five times, one almost centered perfectly.  The target was solid steel, 1-inch thick.  It was suspended from wood that resembled a cut up telephone pole on the sides and several beams at the top. The steel was given to the rifle range owner by a friend, thus the unusual shape.

I used a smaller rifle first with a similar telescopic lens.  The telescopic lens on the Robar had such a small sweet spot, I have to be very careful to aim it.  What an experience. When the bullet hit, the sound reverberated across the rolling hills of southeastern Ohio. To give you an idea of the size of the 50-caliber ammunition, check out the picture below. The Robar rifle chambers five of these at one time.  It's a bolt action.  So when you shoot the rifle, you have to unlock and move the bolt back to eject the used cartridge, move it forward to arm the rifle and lock it. In my book The Jo'Burg Project - A Paranormal Thriller, the firearm is used in an attempt to rid the world of a telepath who could identify a terrorist. Of course the terrorist in the book uses the Robar rifle with ease.

My experiences using different rifles, especially the Robar, have made my book much more interesting to read.  I am currently learning the short wave radio techniques for the second novel in the trilogy. The Morse Code isn't used much anymore, but I think I'll learn it anyway. :-)  My editors said they couldn't put the first book down and had to go back to edit after they first read it.  That says a lot!