I admit it. I am gullible. When you tell me a joke, you’d better wink or I’ll think you’re serious. Jokes over the telephone don’t work with me. I can’t see your wink. I speak the truth and find it difficult to realize others may not. I don’t expect untruths. Consequently, I studied how to recognize human signs of the lie.

Knowledge gained from those studies was used when I developed the main female character in my MINDREACHER adventure novel. Ana is a minor telepath who can tell if someone is lying by reading their mind. (She knows all the physical body signs too!) 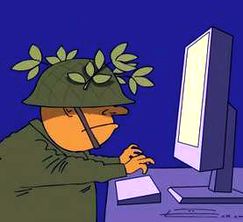 There have been times in the past several years where I have been “taken in” with fake news. Having to double-check every news source before believing it makes us realize that even sites used to verify stories may be fake. Fake news is so well written and manipulated with virtual images, you question reality. What to do? What does it all mean? What is the purpose of all this fake news?

We have been living in the “Information Age.” Our reality of misinformation has hit the proverbial fan. Info propaganda is becoming commonplace. Emerging techniques in video graphics are creating realities that seriously threaten the way we think about issues presented to us here in the USA during what has been termed the beginnings of an Infowar or Cyberwar. Misinformation is creating chaos, racial division, political haters, and skeptics. Whether legitimate or not, our whole electronic infrastructure is now open to invasions by citizens (with a political mission to disrupt), adversary nations or international hackers.

We are not globally dominant in the information.  Admiral David E. Jeremiah, former Vice Chairman and acting Chairman of the Joint Chiefs of Staff,  stated: “that will be achieved by those that most clearly understand the role of information and the power of knowledge that flows from it.” 1

Our leaders have created laws and policies for dealing with almost anything that puts our citizens and/or country in danger. They have accomplished this through diplomacy and our superb military. How to combat psychological or information warfare against the United States is not common knowledge by the average citizen.

In 1993, the Defense Technical Information Center released “Memorandum of Policy No. 30.”  2  It stated the US military expanded the concept of Information war to include the integrated use of operations security (OPSEC), military deception, psychological operations (PSYOP), electronic warfare (EW) and physical destruction, mutually supported by intelligence, to deny information to, influence, degrade or destroy adversary capabilities while protecting friendly capabilities against such actions.  The concept of infowar includes psychological operations aimed at influencing the emotions, motives, objective reasoning, and ultimately the behavior” or others.

Infowar also involves active US command forces. They will remove the capability of the enemy to command their troops by destroying the enemy's electronic communications to their combat forces. This form of infowar is a  “knock out punch”  which can hopefully stop traditional hostilities. To be in a position to deliver the punch, US military intelligence has to be able to complete the collection, analysis, production, and rapid dissemination of intelligence and counterintelligence as needed.

One of my former employers hired me in a section of the Remote Area Conflict Information Center (RACIC).3  Databases within the US, such as Battelle Memorial Institute’s former RACIC and government-controlled databases could supply information. Infowar critical information of potentially hostile nations would include:

This tidbit of information lets anyone realize our military commanders require information about their adversary/s. They must remove the enemy’s ability to gain information. Infowar is not new. The question is, how good is the US information retrieval system?

For each type of information retrieval, there are levels of command and personnel actively obtaining data that has to be classified as to the type and disseminated to those who require it. Just thinking about the processes that must be involved in the infowar data retrieval systems is mind-boggling to a civilian like myself. Not only was the creation of such an information retrieval system implemented and put into action, every level also has to have oversight. The Department of Defense and multiple government agencies are involved in such data collection schemes. They have had to guide policies, concepts, plans, capabilities, doctrine, employment procedures, tactics, techniques, exercises and training for joint and combined operations to create effective, mutually supporting and noninterfering end results.

It is imperative that our civilian and military command bases are filled with intelligent men and women who have skills in analysis, critical thinking and creativity in problem-solving. Hiring such persons in preparation for infowars and/or cyberwars is critical.

I worry that our schools are not preparing students with the skills they will need for additional educational requirements to fill positions critical for our defense. In addition, national opioid addiction curtails the quantity of employable and eligible men and women. China overcame its opioid crisis to grow as a nation into a superpower. How did they do it?

The United States is facing a critical situation.  I have read about persons who are financing fake news to stir up controversy within the US. They are employing psychological operations aimed at influencing “emotions, motives, objective reasoning and ultimately the behavior of others.” 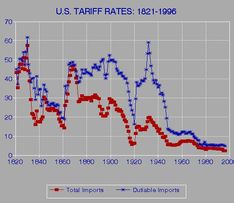 The Air War College has studied the three types of war waves.4

Tariffs should have been in place decades ago. Americans now expect to purchase items at Third World country prices and not prices required for American production of such items. China realized the greed issue in the US population and fed us cheap and inferior products as a way of winning the second wave war. They want to win that war. They are fighting tariffs as they try to destroy us.

Third wave wars will be fought for control of knowledge.

The United States is currently in two wars. We are fighting second and third wave wars.

Third wave war targets include the human mind. In 1998, it was recognized that computer bulletin boards, cellular telephones, video cameras tied to fax machines – all provide entry points and dissemination networks for customized assault. A major new factor in information war results directly from the worldwide infosphere of television and broadcast news.

The “fictive” universe of news networks such as broadcast information which may be true, but they do not broadcast the whole, relevant or contextual truth. The Battlefield of the Future text states the “close etymological relationship between “fictive” and  “fictional” suggests how easy it is to manipulate the message.”5   That’s why people refer to networks as being pro or con one issue or another. By changing wording on their news, they try to influence their niche-audiences. I’m sure everyone has recognized their geographic region has been targeted for special announcements of one kind or another to sway voters and citizens. Networks have the potential to provoke financial and political chaos and at times do so. Some have actively tried to promote violence of reactive citizens with their propaganda. 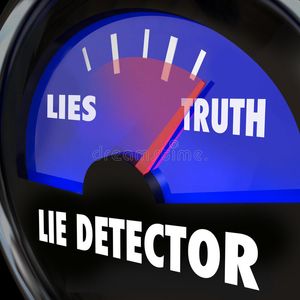 There is so much more to infowar and cyberwar. I suggest we all become more skeptical when watching, reading or listening to information. Question whether the data you are receiving is part of the Third wave war. What is being attacked includes your emotions, motives, beliefs, and your power of objective reasoning?

Question: Have you figured out which individuals are currently funding the third wave war on the USA?