Indonesia had something important happen concerning influenza. During a killing influenza, not one of the almost 300 cinnamon factory workers contracted the disease. That opened my eyes.  I am reposting as it is important during COVID-19.

Cinnamon, from the bark of plants in the Laurel family, has been used for thousands of years and was once a gift for kings. The highest quality of the spice is Ceylon cinnamon.  Cinnamomum zeylanicum   Cinnamon Lauraceae

Ceylon cinnamon is the only variety that protects from influenza.  None of the others work as they don't have the necessary chemicals.

Ceylon cinnamon is grown in the Spice Islands or Indonesia. It is located south of Malaysia. The group of islands making up Indonesia is pictured on the CIA map to the left.

I visited the Spice Islands during my honeymoon. Staying in Penang for over a week, my husband and I  toured the island to see the different regions of growing spices. Our driver explained each spice and how it was treated for export as we stopped to view and handle the raw products. It was a fascinating excursion. 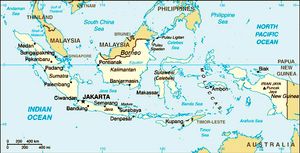 In a study of 26 spices, “…cinnamon wound up as the clear winner, even outranking “superfoods” like garlic and oregano. In fact, it is so powerful that cinnamon can be used as a natural food preservative.” https://www.healthline.com/nutrition/10-proven-benefits-of-cinnamon#section2 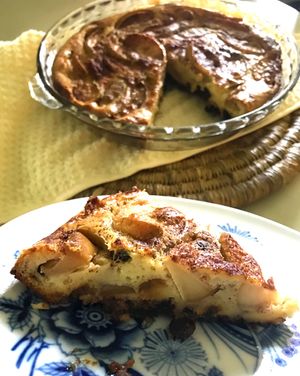 This is a recipe I have in my one of my two recipe file boxes and has been used often. I don't know the original recipe source but suspect one of the Bisquick company advertisements or books.