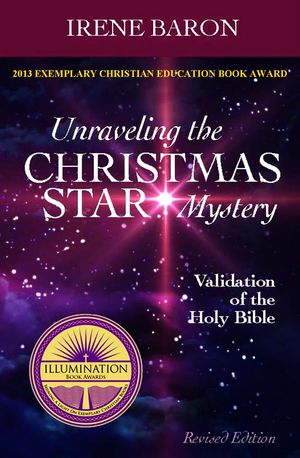 This essay was written for an October 2020 internet interview concerning the first nonfiction book I wrote, Unraveling the Christmas Star Mystery.

Unraveling the Christmas Star Mystery was awarded the Gold Medal and First Place as the exemplary Christian Education Book in 2014.

JERRY GODINHO PROMPT : Unraveling the Christmas Star Mystery is a fascinating book where 68 NASA astronomy computer programs looked at 15 years of ancient skies and found the Christmas Star was at the exact place. Help me understand this process as it is mind blowing.

Albert Einstein stated, “To raise new questions, new possibilities, to regard old problems from a new angle, requires creative imagination and marks a real advance in science.” I love this quote as it sums up much of my life.  I approach problems from new angles with imagination and use of the latest science available.

Thank you, Jerry, for realizing that the process that was involved in discovering the Christmas star IS mind-blowing, especially to those who have no conception of astronomy.

My undergraduate background included classes in every science with a General Science major and Chemistry minor. Astronomy 101 is a class I took my senior year with Professor Emeritus, Dr. Clarke. He was considered the 13th top mathematician in the world at that time. To be enrolled in his class was an honor.  Not many people think of studying astronomy at the college level for few colleges or universities offer the field of study.

I taught astronomy for many years. When NASA originated, I was busy collecting their lithographs, data newsletters, photographs, slides, and information about every level of their research, especially enjoying the thick SpinOff journals which informed the business world how the NASA discoveries could be used in commerce. I had a 4-drawer file cabinet filled with information about NASA and astronomy which I utilized in teaching and later in writing the Christmas Star book. The display walls of my classrooms were changed daily or weekly with materials based on the subject of astronomy being taught.

When I received a small packet in the mail from the NASA Jet Propulsion Laboratories which contained over 30 of their astronomy programs, I was surprised. The next day I received another packet of 38 more programs.  They were fascinating and I used them in my classrooms. My students would come in during study hall to quietly use them during my other classes. At lunch time I would be on my classroom computer to investigate the mathematical astronomy programs.  It was during one of those days I questioned if the programs could locate the Christmas star.

It is true that astronomy is primarily mathematics.  The movements of moons and planets follow mathematical patterns which are the same, year after year.  Sumerian, Akkadian and Babylonian astronomers, over 5,000 years ago, learned they could accurately predict where our Sun, Moon, stars and planets would be located at any time of the year for years in advance. Our computers can do this now for thousands of years forward and backward in time.

I brought the computer programs home and began to investigate.  The exact date of Christ’s birth was unknown. However, the calendar in use began dating time at the time of Christ’s birth. There has been much argument concerning the accuracy of that date. Since the date was off, I stretched my search years to include 15 ears total AD and BC. I was looking for significant events that took place at dawn. I set the search time for 6:00 am Bethlehem local time in every instance. 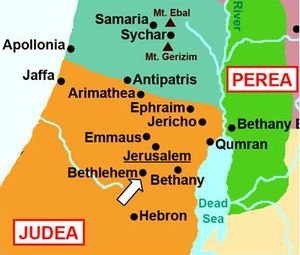 I set the location of the birth with the GPS position of Bethlehem using latitude and longitude.  Extend those lines into space and you have right ascension (latitude) and declination (longitude) which become measuring lines for astronomical positions.

It is interesting to note that the majority of present day astronomers, since they make their observations after sunset, assumed that was the time when ancient astronomers studied the skies. This is why they would never find the Christmas star. It was a dawn event. They were off by 12 hours.

I used a printer which had the connected sheets. I used the “Print It” program. When my computer found data it would print whatever was on the screen. The first time I set a search for that long ago, the computer did nothing. I worried that the program/s or my computer were not working correctly.  To alleviate suspicion, I set the computer to find the predawn dark sky within the time frame of 100 years. Within a few hours I heard the printer start.

The programs were not set by year, but by hours. To go back in time with any of the NASA programs, I had to figure out how many hours were involved. That took a little time.

I quickly realized to understand what the ancient astronomers thought, I had to know their symbols and symbolism for everything that happened in the sky between the planets, Moon and Sun. More research using the public library. At that time, my local reference librarians could access books from libraries across the United States using interlibrary loan. They kindly found almost 100 books I read and used to glean the information I needed. I studied the bibliographies and references at the back of each one to find books that might help me. It was a long and tedious study.

What I found was fantastic. Before the Christmas star appeared exactly over Bethlehem at 6:00 am one predawn morning, there were nine previous and significant signs in the sky referring to Christ’s birth.  The Christmas star was a minor event. It only told the exact location. The previous 9 announcements told who was being born, how important that God was, and all about His significance in the known universe.  Those previous events were not important to Herod or scribes of that time. All they were concerned with was the star telling the location of the birth.

If any writing is not in the Bible, pastors and ministers are not allowed to use the material, from what I understand.  Since the other events which occurred within a few months of Christ’s birth were not listed in the Bible, they could not be used in church services.  Don’t expect my data to be used by ordained pastors. They aren’t allowed to use it.

The information about Christ’s birth is mind-blowing! It was unlike any human birth and was astounding! Eyewitness Apostle James describes it in his testimony.

What is a blessing is that I was led to find it. So many events in my life led me to that time where everything came together.  My astronomy training, my love of research, my reading skills, my understanding, patience, gained wisdom, the availability of computers and printers, and the NASA programs. These were each little miracles which enabled the information to be found and understood by someone who was a Christian and understood astronomy. By someone who desired to learn what happened with a zeal of excitement. By someone who had the patience to spend every night for several years to set up computer searches for significant events relating to the birth of the God, Jesus Christ.

The book, Unraveling the Christmas Star Mystery, includes basic astronomy to allow the reader to understand what happened. I have had readers 12 to 90 years old tell me how much they loved the book. They express surprise at being able to understand the astronomy presented in the book. The astronomy is written in a way that readers easily grasp the concepts. One middle school student in the state of Delaware let me know she overheard 2 teachers agreeing about the best book they ever read. She stopped to ask what book they were talking about. She said both teachers held up my book. I appreciated her telling me about that. It made me feel good to have provided information about Christ’s birth.

During one radio interview I had, the interviewer stated he always wondered why God only had one “dinky” star announcing the birth of Christ. He was relieved to know there were additional celestial announcements much more significant than the position marker star. Had Herod known that, he would have had the child found and killed immediately and not waited for the Wisemen to give him information later. It was a blessing of God that Herod and his priests were ignorant of the other announcements. Their ignorance was planned in the fullness of time.

Each of the ten events is illustrated in the book and explained. I state what happened, where the celestial bodies were, what the symbolism meant to the Wisemen, and how that affected their understanding of the greatest God to be born in the universe.

The original book had no illustrations of the individual events. Illustrations were requested by many scholars and readers. The example here shows one illustration showing degrees from the north used to pinpoint the direction/azimuth of a celestial object.

I didn’t realize that all fantastic 5 star reviews and comments made by readers would disappear with the revised edition.  What a shock. I should have made a copy of them all to use with the updated version.  My error.

The book is nonfiction and will not go out of date.  It is one which should b read by persons of every religion. Those who are not Christian will, most likely, begin to question their religion. This book validates the Bible.